The Samsung Galaxy A30 is a less expensive version of the Galaxy A50. It doesn’t have the in-display fingerprint sensor or third rear camera, and has a less powerful processor. The Galaxy A30 looks modern and has a vibrant 6.4-inch Super AMOLED screen with an Infinity-U notch for the selfie camera. There’s only one configuration in India, with 4GB of RAM and 64GB of storage. You get a 4000mAh battery and Android 9 Pie with the new OneUI skin. Battery life is good, but we were disappointed with overall performance and the cameras. There are similarly priced models in the market from Samsung and its competitors that offer better value for money.

7.4Expert Score
Samsung Galaxy A30 Review - gadgets.ndtv.com
Samsung's flagship offerings have so far remained popular with those who have lots of money to spend, but the company hasn't been as competitive in the budget segment of the market
Design
8
Display
8
Software
8
Performance
7
Battery Life
9
Camera
6
Value for Money
6
PROS
CONS 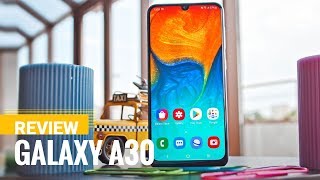 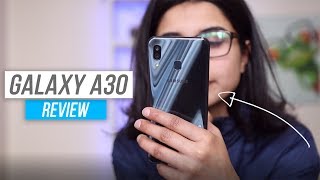 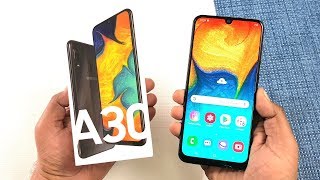 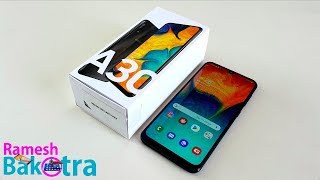 There are no reviews yet.

Only logged in customers who have purchased this product may leave a review.

No more offers for this product!

Thank you for visiting and shopping at our store. Following are the terms and
conditions that constitute our Shipping Policy.

All orders are processed within 2-3 business days. Orders are not shipped or delivered on weekends or holidays.

If we are experiencing a high volume of orders, shipments may be delayed by a few days. Please allow additional days in transit for delivery. If there will be a significant delay in shipment of your order, we will contact you via email or telephone.

There are no inquiries yet.

Any cookies that may not be particularly necessary for the website to function and is used specifically to collect user personal data via analytics, ads, other embedded contents are termed as non-necessary cookies. It is mandatory to procure user consent prior to running these cookies on your website.